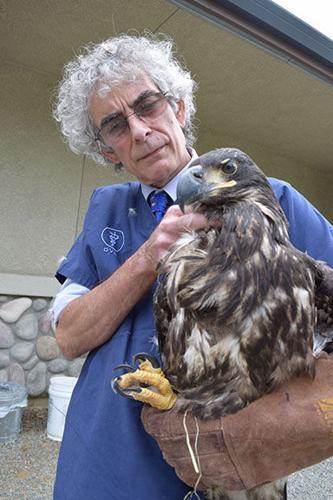 Following graduation from UGA, he spent a year as a pathology resident at UC Davis. During this time, he discovered that he preferred working with more lively patients. He left the residency program to pursue a more rewarding career in private practice.

From 1979 to 1981, Dr. Nickerson worked as an associate veterinarian in Sacramento. He moved to Willow Creek in 1981 and spent the next 9 years in practice there. In 1990, he purchased Trinity Animal Hospital in Weaverville.

Although the small building served him well for almost two decades, 2008 marked the opening of a long awaited modern facility on Ponderosa Lane.

Dr. Nickerson shares his home with one good cat (Blackberry), one bad cat (Lilac), and The Kipper a fun loving border collie. 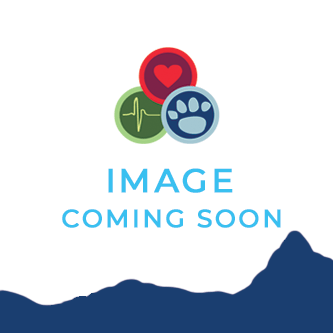 During veterinary school, she was involved with the feral cat ‘trap and release’ program, and served several semesters as the president of the student chapter of AAFP (American Association of Feline Practitioners). She also spent time assisting with sea turtle monitoring and nest preservation. In addition to her emphasis in feline medicine, Dr. Schlicting has a particular interest in emergency and critical care.

Dr. Schlicting was born and raised in Allentown, PA. She moved to California where she completed her BA at Mills College in Oakland. She moved to Trinity County to escape the city, and shares her home with several cats and 1 dog: Molly, Cido, Miette, Haruka, Sora, Wodaabe and Ophelia.

When away from the hospital, Dr. Schlicting spends time trail running (with Ophelia), drawing, sculpting and backpacking.

We use cookies on our website to give you the most relevant experience by remembering your preferences and repeat visits. By clicking “Accept All”, you consent to the use of ALL the cookies. However, you may visit "Cookie Settings" to provide a controlled consent.
Cookie SettingsAccept All
Manage consent

This website uses cookies to improve your experience while you navigate through the website. Out of these, the cookies that are categorized as necessary are stored on your browser as they are essential for the working of basic functionalities of the website. We also use third-party cookies that help us analyze and understand how you use this website. These cookies will be stored in your browser only with your consent. You also have the option to opt-out of these cookies. But opting out of some of these cookies may affect your browsing experience.
Necessary Always Enabled
Necessary cookies are absolutely essential for the website to function properly. This category only includes cookies that ensures basic functionalities and security features of the website. These cookies do not store any personal information.
Non-necessary
Any cookies that may not be particularly necessary for the website to function and is used specifically to collect user personal data via analytics, ads, other embedded contents are termed as non-necessary cookies. It is mandatory to procure user consent prior to running these cookies on your website.
SAVE & ACCEPT